The California Public Utilities Commission has raised concerns over certain deficiencies that it says could affect PG&E Corp.’s ability to provide safe and reliable service, the power provider disclosed in a regulatory filing on Wednesday.

The regulator, in a letter dated Tuesday, said it will require remediation on specific issues identified in the San Francisco-based utility’s wildfire mitigation plan progress reports.

Co-workers Rajdeep Singh, 35, of Rocklin, Calif., and David Bailey, Jr., 29, of Sacramento, were arrested on multiple counts of insurance fraud and arson after allegedly conspiring to commit vehicular arson in order to receive an undeserved insurance payout of over $30,000.

The Sacramento Fire Department on June 24 responded to a vehicle fire in a parking lot and identified the vehicle as a 2016 Honda Pilot. The morning of the fire, the registered owner’s son, Singh, arrived on the scene and claimed the vehicle had been stolen while he was working at his job, Primetime Autos, a used car dealership where he worked as a finance manager.

Harvest season in Northern California’s wine country is what dream weddings are made of: ripe grapevines and golden sunsets provide ceremonies an alluring backdrop that every year draws millions of visitors.

But harvest season now overlaps with fire season as wildfires, too, have become a yearly reality in the region.

In three of the past four years, major wildfires driven by a changing climate have devastated parts of the world-famous region, leaving little doubt that it’s vulnerable to smoke, flames and blackouts in the fall.

Nov. 11—News this week from Pfizer pharmaceuticals of a coronavirus vaccine breakthrough is prompting Sacramento and Northern California healthcare providers to step up preparations for mass distribution.

That includes the UC Davis Medical Center in Sacramento, which is in talks with state officials about serving as a vaccine storage and distribution site for Northern California. The vaccine requires specialized low-temperature freezers for storage, and UC Davis has some and is buying more.

A new study from the California Workers’ Compensation Institute shows the steep drop in the number of inpatient hospitalizations involving injured workers in the state over the past decade was largely due to the ongoing decline in spinal fusions and a more recent decline in lower extremity joint surgeries.

Given that business-as-usual is unlikely to return soon due to the coronavirus pandemic, U.S. property/casualty insurers will continue to face challenges related to virus-related insurance losses and premium volume declines in 2021, according to Fitch Ratings.

The operational and risk management challenges of managing workforce flexibility, limiting risk aggregations and reducing claims exposure through clarity of policy terms will endure beyond the pandemic and become “new normal” longer-term drivers of the industry, contend analysts James Auden and Christopher Grimes, authors of “The Next Phase: U.S. Property/ Casualty Insurers.”

Nov. 3—Stanford Medicine has begun enrolling volunteers to participate in a clinical trial for a coronavirus vaccine developed by Johnson & Johnson — one of a handful of efforts considered front-runners in the global race for a vaccine.

Enrollment for Phase 3 of the trial began Friday, marking the final stage before potential authorization in which tens of thousands of people receive the vaccine to see if it is effective. Stanford plans to enroll 1,000 volunteers as part of the global trial that will include 60,000 people at 180 sites around the world.

Crews tried to beat back two out-of-control wildfires in Southern California on Tuesday that have kept tens of thousands of people out of their homes.

Fierce winds that drove twin fires through brushy hills near cities in Orange County a day earlier were expected to pick back up, although not to the earlier extremes, according to the National Weather Service.

Southern California Edison reported to regulators that it was investigating whether its equipment might have sparked the Silverado Fire near the city of Irvine. The utility said a wire that lashed a telecommunications line to a supporting cable may have struck a 12,000-volt conducting line above it.

Large swaths of California had no electricity Monday as utilities tried to prevent the chance of their equipment sparking wildfires while the fire-weary state was buffeted by powerful winds and dangerously dry weather conditions.

About 300,000 power customers, more than 1 million people, were in the dark as officials issued warnings for what could be the strongest winds for California this year.

PG&E Corp. prioritized meeting inspection targets over meaningful reduction of wildfire risk, according to a monitor overseeing the utility’s program of trimming trees and vegetation that pose a threat of igniting devastating blazes in California.

Among the court-appointed compliance monitor’s findings: The company failed to conduct detailed climbing inspections of 967 transmission structures located in high-fire risk areas before the start of peak wildfire season. Wind damage to one such tower was the cause of the state’s deadliest fire, which killed 85 people and destroyed the town of Paradise. 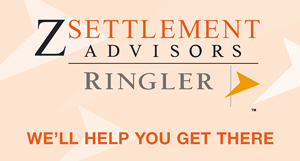